Mid-America Arts Alliance, in partnership with the Texas Commission on the Arts, is pleased to announce that Waco, Texas, has been selected as the next site for its Community Mural Project. This unique community-based program offers residents direct hands-on experience in the research, design, and execution of a major public artwork in their community. Work on the project will begin in May and conclude in June 2013.

The Community Mural Project will be guided by nationally-recognized muralist Dave Loewenstein, who will be in residence in Waco for approximately two months. Loewenstein of Lawrence, Kan., is a prize-winning muralist, writer and print maker. His community-based murals can be found in several places across the United States, as well as in Northern Ireland.  Work on the mural will be open to anyone in the community who wishes to participate, regardless of artistic experience.

Additionally, Austin artist Catherine Hart was selected as Mural Apprentice. Ms. Hart holds a BA from the California College of the Arts, where she focused on painting, drawing, and glassblowing. Since then she has worked on the creation and implementation of large-scale paintings, and teaching community art classes.

The City of Waco is situated along the Brazos River, halfway between Dallas and Austin, and has an estimated population of 124,000. The Mural Project will be coordinated through Cultural Arts of Waco, whose mission is to "celebrate and promote the community's diverse artistic and cultural life; develop and enrich its cultural capacity; and champion the economic, social, and educational benefits of the arts in the Greater Waco area and beyond.”

“We are delighted to partner with the Texas Commission on the Arts, Cultural Arts of Waco, and the residents of Waco on this important community art project,” says Mary Kennedy, Executive Director. “The community’s commitment to investing in the arts and cultural capital, and their desire to making Waco an even more livable community through the arts, will enable the Mural Project to support cultural understanding and celebrate the rich history of Waco.”

Waco is the fourth community to participate in Mid-America’s Community Mural Project. Murals have been completed in Tonkawa, Okla. (May 2010); Newton, Kan. (September 2011); Newton, Kan.; Joplin, Mo. (September 2011); and Arkadelphia, Ar. (October 2012). An additional Community Mural Project will be completed in Nebraska in 2013.

About Mid-America Arts Alliance: Mid-America Arts Alliance (M-AAA) is a nonprofit regional arts organization and our mission is to strengthen communities and improve lives through extraordinary cultural experiences. We are especially committed to enlivening the cultural life of our underserved communities that lack the resources to provide cultural programs and services to their constituents. Now in our 41st year, we continue to bring more art to more people, especially in our partner states of Arkansas, Missouri, Nebraska, Oklahoma, and Texas. 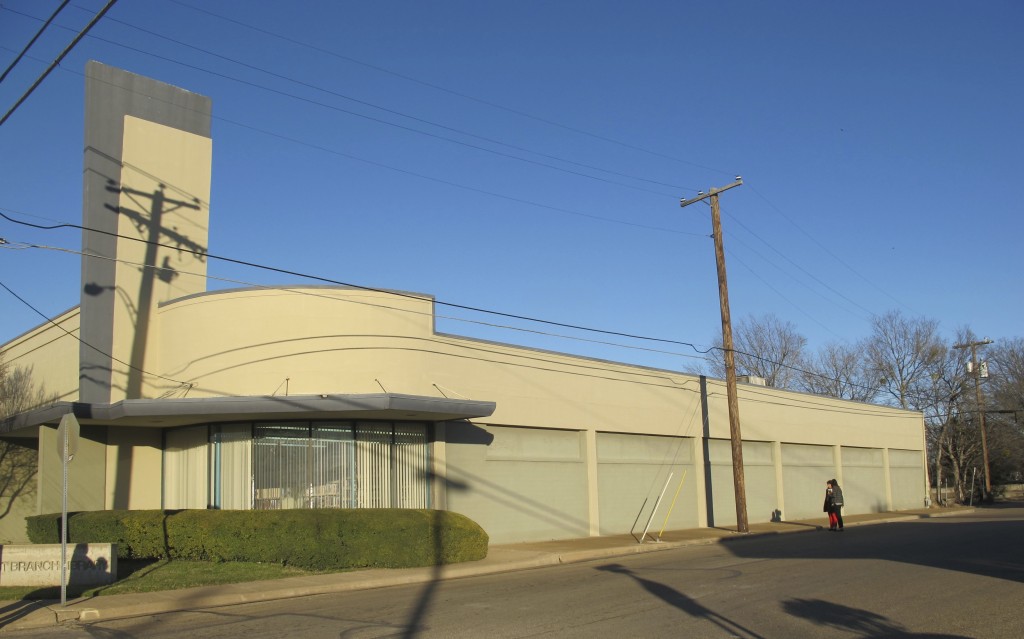 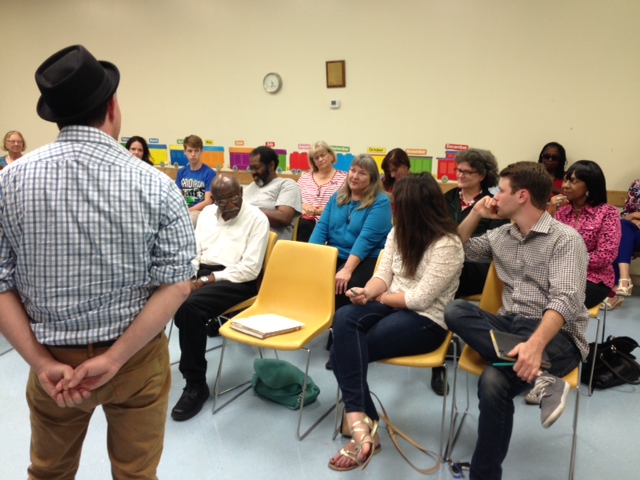 First public meeting with the community about the mural, at East Waco Library.